How to install Blynk Library for Arduino IDE

Step by step guide on how to install Blynk Library

There are few ways to install Blynk Library for Arduino IDE:

To install a new library into your Arduino IDE you can use the Library Manager (available from IDE version 1.6.2). Open the IDE and click to the "Sketch" menu and then Include Library > Manage Libraries. 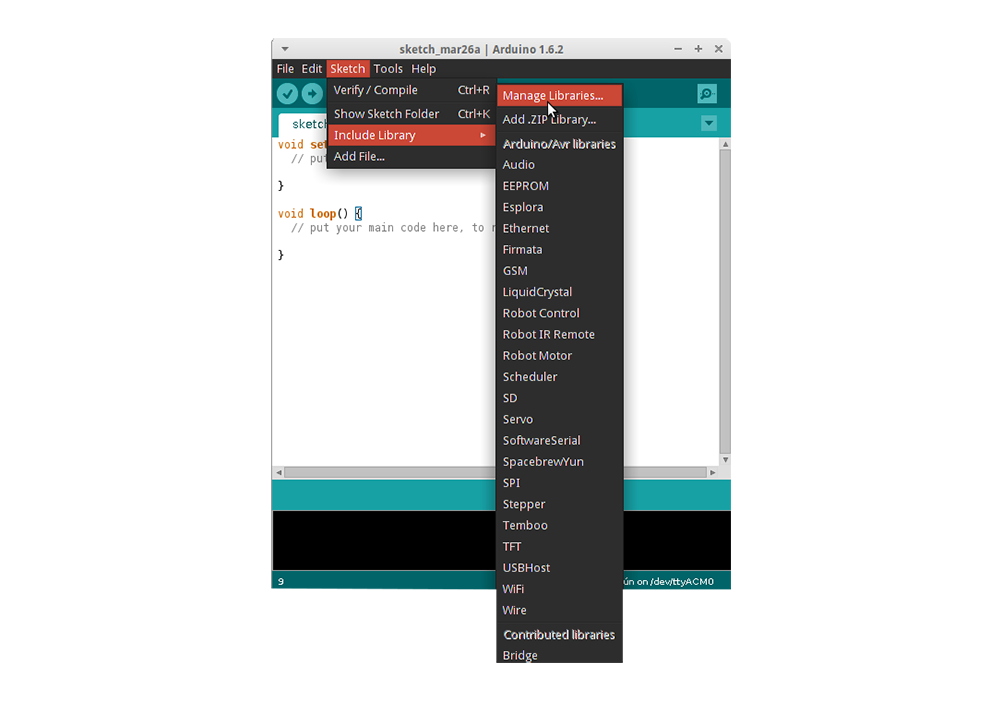 Then the Library Manager will open and you will find a list of libraries that are already installed or ready for installation. Search for Blynk library and in the version selection choose the latest version to date 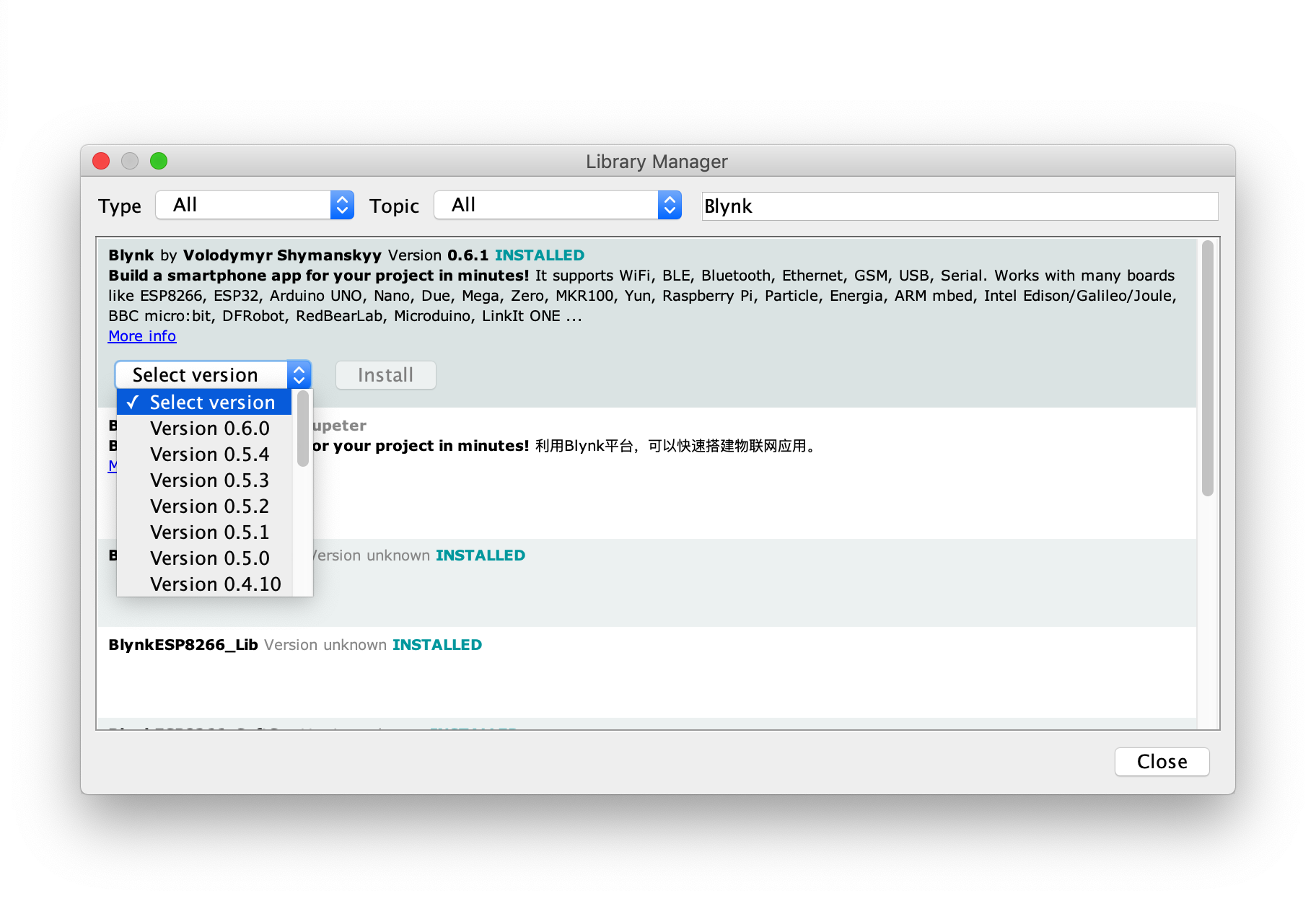 Finally click on Install and wait for the IDE to install the new library. Downloading may take time depending on your connection speed. Once it has finished, an Installed tag should appear next to the Bridge library. You can close the library manager.

You can now find the new library available in the Sketch > Include Library menu.

Blynk library is available as a downloadable ZIP. Starting with Arduino IDE version 1.0.5, you can install 3rd party libraries in the IDE.

☝️Do not unzip the downloaded library, leave it as is.

The Library will be available to use in sketches, but with older IDE versions examples for the library will not be exposed in the File > Examples until after the IDE has restarted.

The structure of your your sketchbook folder should now look like this, along with your other sketches (if you have them):

On minute 2:00 of this video you can see the process of installation for MacOS, but it's very similar to Windows

Last, but not least important is the way the Arduino Software (IDE) upgrades itself: all the files in Programs/Arduino (or the folder where you installed the IDE) are deleted and a new folder is created with fresh content.

This is why we recommend that you only install libraries to the sketchbook folder so they are not deleted during the Arduino IDE update process.

Previous
Assets required to publish your apps
Next - Legacy Platform Help Articles
How to find code for my hardware?
Last updated 2 months ago
Edit on GitHub
Contents
1. Install Blynk Library using built-in library manager in Arduino IDE
2. Install Blynk as ZIP file in Arduino IDE
3. Install Blynk library manually
On minute 2:00 of this video you can see the process of installation for MacOS, but it's very similar to Windows
4. Troubleshooting 🚨