Blynk can control Digital and Analog I/O Pins (GPIOs) on your hardware directly. You don’t even need to write code for it. But when it's not enough, you can use Virtual Pins.

We designed Virtual Pins to exchange any data between your hardware and Blynk. Anything you connect to your hardware will be able to talk to Blynk. With Virtual Pins you can send something from the App, process it on the microcontroller, and then send it back to the smartphone. You can trigger functions, read I2C devices, convert values, control servo and DC motors etc.

Virtual Pins can be used to interface with external libraries (Servo, LCD, and others) and implement custom functionality.

Hardware may send data to the Widgets over the Virtual Pin like this:

Why use Virtual Pins ?

How do Virtual Pins relate to the GPIO pins on my hardware?

Virtual pins are really just a way of sending a message from the app to the code that’s running on your board (via the Blynk server). There is no correlation between Virtual Pins and any of the physical GPIO pins on your hardware. If you want a Virtual Pin to change the state of one of your physical pins then you have to write the code to make this happen.

We’ll use an example of a Power Switch, set to Integer data type, connected to Virtual Pin 0 (V0). In Blynk.Console we’ll leave the values set to 0 and 1, so the widget sends a 0 when it’s turned off, and a 1 when it’s turned on - like this:

In your C++ sketch, you can add a special function that is triggered automatically whenever the server tells your device that the value of your virtual pin has changed. This change would normally happen when the widget button in the app is pressed.

This special function is called BLYNK_WRITE. Think of it as meaning that the Blynk.Cloud is telling your hardware “there a new value written to your virtual pin”.

So, for Virtual Pin 0, your sketch would need this bit of code adding…

That’s okay if you want the same code to execute regardless of whether the button widget was turned on or off, but that’s not much use in real life, so we need to find out what the new value of the virtual pin is. Don’t forget, this will be a 0 if the button widget is off, and a 1 of it’s on.

Obtaining values from the virtual pin

The server sends the current Virtual Pin value to the hardware as a parameter, and this can be obtained from within the BLYNK_WRITE(vPin) function with a piece of code like this…

This tells the code to get the value parameter from the virtual pin and store it in the local integer variable called virtual_pin_value. We can then use this value to do different actions if the button widget is now on, compared to if it is now off.

Some datastreams send their values at text, or double/float point numbers (integers are whole numbers, double point variables are one with numbers to the right of the decimal point). To allow you to use these values the Blynk library also allows the following:

but, as we are dealing with just zeros and ones, which are integers, we’ll use the param.asInt method.

How to control the physical GPIO pins on my board?

If you’re familiar with C++/Arduino programming you’ll probably know about pinMode and digitalWrite commands already. These are what we use to control the physical pins of your device from within the BLYNK_WRITE(vPin) function. For those people who aren’t familiar with these commands, I’ll give a brief summary here - but feel free to learn more by searching the internet.

The pinMode command tells your board how a particular pin is going to be used. The three most common commands are:

As we will be controlling something like a relay or an LED in this example, we want our pins to be OUTPUTs - we’ll be outputting a HIGH or LOW signal to the relay/LED.

You only need to issue a pinMode command once, when your device boots up, so this command goes in your void setup()

The digitalWrite(pin, value) command sets the specified pins LOW (zero volts) or HIGH (3.3v or 5v, depending on your type of board). This is how you energise your relay, LED etc.

Bringing it all together…

Note that you can only have one void setup in your sketch, so the pinMode statement needs to be copied into your existing void setup

That’s it really, you now have the same functionality from your virtual pin as you would have had if you’d used a digital pin. I’m now going to cover some extra stuff - some of which is specific to working with virtual pins, but some also apply if you use digital pins instead…

Many devices, such as the onboard LED attached to GPIO2 of the NodeMCU and many relay boards, are energised by a LOW signal rather than a HIGH signal. This means that, if you use the code example above, the LED/Relay will be off when the switch widget shows On, and vice-versa. There are several ways around this issue. You could change your switch widget output settings to be 1/0 rather than 0/1 - so that an On state send a “0” value to the app like this…

Syncing the output state with the app at startup

To automatically run the BlynkSyncVirtual(vPin) command when the device connects to the Blynk server (which will normally be after a reboot but could also be following a disconnection) we can use another special function called `BLYNK_CONNECTED, like this…

If you’re working with an Arduino then it’s all quite simple. General Purpose Input/Output (GPIO) pin 2 is labelled “2” or “D2”. However, if you’re using a NodeMCU type of device then the manufacturers decided to make things a little more complicated. The numbers screen printed onto the board are not the GPIO numbers. You have to translate these NodeMCU “D” numbers onto actual GPIO’s as follows…

So, in the example above where we controlled GPIO2 with the command digitalWrite(2,HIGH) it’s actually the pin labelled “D4” on the NodeMCU that we’re turning on and off.

The Arduino IDE does allow you to use the NodeMCU’s “D” pin numbers directly rather than GPIOs, like this:

but personally. I don’t like this approach as it makes it much more difficult to use your code on different types of devices if you ever need to.

Some NodeMCU physical pins need to be avoided

Some of the pins on the NodeMCU aren’t really suitable for connecting some types of devices to. In particular, if GPIO0 (the pin labelled D3) is pulled LOW at startup then the device won’t execute the sketch and instead, it will enter programming mode, waiting for a new sketch to be uploaded. There’s more info on this topic: ESP8266 GPIO pins info, restrictions and features FAQ​

How to trigger multiple actions (e.g. turn 4 relays on/off) with a single button in the app?

You said “if you want a single app button to switch multiple relays on or off at the same time then that’s simple with virtual pins” but how do we do that? - It's really very simple with Virtual Pins.

As you can see, instead of just doing a digitalWrite to one GPIO pin, we’re doing 4 pins one after another. Blynk.virtualWrite commandsare then issued, which will update the button widgets to match the digital pins.

Previous
Test your Template
Next - Getting Started
Log Events 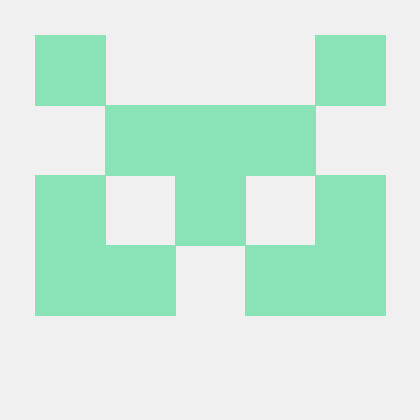 Last updated 6 days ago
Edit on GitHub
Contents
Why use Virtual Pins ?
How do Virtual Pins relate to the GPIO pins on my hardware?
Basic principles of using Virtual Pins
The BLYNK_WRITE(vPin) function
Obtaining values from the virtual pin
How to control the physical GPIO pins on my board?
Bringing it all together…
Helpful tips when working with Virtual Pins
Dealing with Active LOW devices
Syncing the output state with the app at startup
Pin numbering
Some NodeMCU physical pins need to be avoided
How to trigger multiple actions (e.g. turn 4 relays on/off) with a single button in the app?